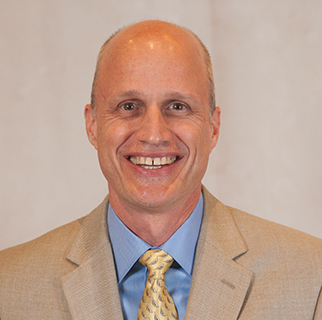 As the President of Limbach Engineering & Design Services (LEDS), Shawn is directly involved with all services provided by LEDS, including conceptual engineering, strategic sales, and engineering calculations and document development. Having been in the industry since 1995, Shawn utilizes his expansive experience when hiring, training, supervising and developing the LEDS staff. In addition, Shawn maintains and implements any and all changes to the LEDS engineering standards, policies and details to support the strategic goals of the engineering group.

As a Mechanical Engineer, Shawn is able to lend his specific expertise to the overall success of the team in several different areas, such as acoustic design and analysis and the LEED Certification process. Since joining Limbach in 1999, he’s worked on many high-profile projects within some of the most complex vertical markets, such as government, healthcare and sports arenas.

Highlights include the Design-Build delivery of the new DC United Stadium in Washington, DC, the LAX Midfield Terminal in Los Angeles, CA, the Military Department Investigative Agencies in Quantico, VA and the MGM Casino in Detroit, MI.

In 1990, Shawn received his Bachelor of Science in Physics from Clemson University. He continued his education, receiving his Master of Science in Mechanical Engineering from the University of Central Florida in 1993. Shawn worked for two local consulting engineering firms in Orlando, FL for nearly five years before finding his place at Limbach. Shawn is a Registered Professional Engineer, as well as a LEED Accredited Professional since 2006. He’s also been a member of the American Society of Heating, Refrigerating and Air-Conditioning Engineers since 2000.

Success outside of the workplace is equally, if not more important, here at Limbach. Shawn enjoys spending quality time with family and friends outside of his work activities. One of his favorite activities is traveling with his family, especially to outdoor destinations such as National Parks, mountains, beaches, etc. Shawn also enjoys exercising, visiting art museums and historic sites, reading and playing games.

← Back to Executive Team